For the last two Saturdays, housing campaigners have set up stall on Deptford High Street to raise awareness of the ‘No Social Cleansing in Lewisham’ campaign. This campaign aims to raise awareness of, and fight against, the destruction of council estates, the loss of green spaces, the breaking up of communities, and the construction of  unaffordable housing. The current focus is campaigning against the destruction of Old Tidemill Wildlife Garden and a block of flats on Reginald Road in Deptford, the planned redevelopment of Creekside and Deptford Creek, and the proposed destruction of the Achilles Street estate and surrounding shops in New Cross. 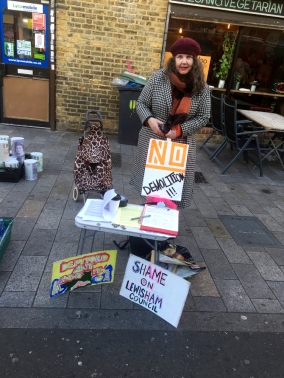 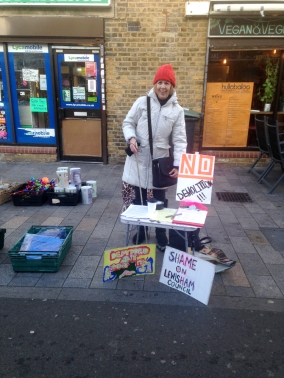 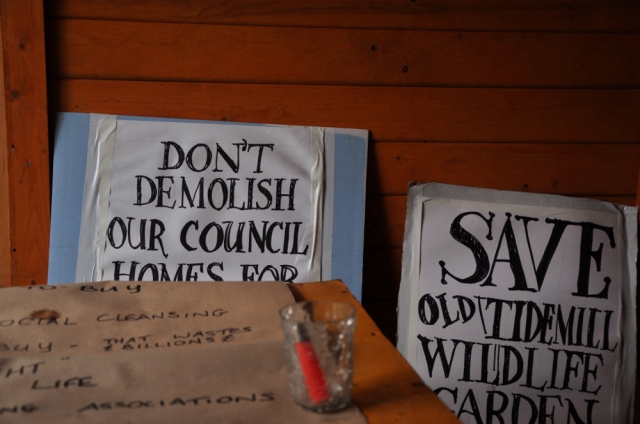