This text was written by Annette Butler, General Manager of Deptford Lounge. All thoughts and views are her own and do not necessarily reflect the ethos of the library.

What is gentrification? The dictionary says “The process of renovating and improving a house or district so that it conforms to middle-class taste”. The banner on the round-about opposite the Birds Nest says “Gentrification is legalised crime”.

Me? What do I think? Well, I don’t want to put a label on it or focus on the negative. I want to focus on what we can do to protect and grow on the amazing characteristics that make Deptford a true community, something that it does the best! I have experienced this at first hand having left the North of England 10 years ago and living in most areas of London, North, Northwest and West. Finally settling in the South East and in particular Deptford, which is where I feel most at home, and how I remember community life when growing up in a small pit village, just outside Sheffield.

We need more homes and that is as simple. As the population is growing and without the new builds where would we all live? We are all living longer, medical intervention strengthens life along with everyday changes that aid us to make life somewhat easier for ourselves. You know things like hoovers instead of having to beat your rugs until the dust is removed, cars to make getting places quicker and the internet to name but a few. So maybe change isn’t all bad.

We can see this need for new homes as many flats are sprouting up all over the area and yes, they are sooo expensive but this is not indicative to Deptford but London in general. Will this change the dynamics of Deptford, yes! But not all people moving in are rich and many want to feel part of the community. Deptford is known for its diversity and the new people moving in are adding a new variety to the area. I want to share with these new residents all what is good about Deptford. I want to take them to Terry’s Discount Store and Aladdin’s Cave, which we can all guarantee will have that one thing people need for their new home and haven’t found in some big chain store. I want to share with them my favourite places to eat; I can’t get enough of the Waiting Room and M&D Japanese. I want to invite them to my favourite pub; The Dog and Bell has a great selection of beers especially from Belgium. And I want to join them on Saturday and experience the new Market Yard with them and then share my experiences of Deptford Market and introduce them to the stall holders. I want to spend an evening with them at the Albany Theatre or a Sunday afternoon at Deptford Lounge reading the Sunday papers. Most of all, I want to be welcoming, open and friendly and help the new faces integrate into Deptford.

I think fighting for what you strongly believe in is good, so I want to fight to keep the spirit of Deptford, fight for diversity, fight to keep making friends and making the best community possible. 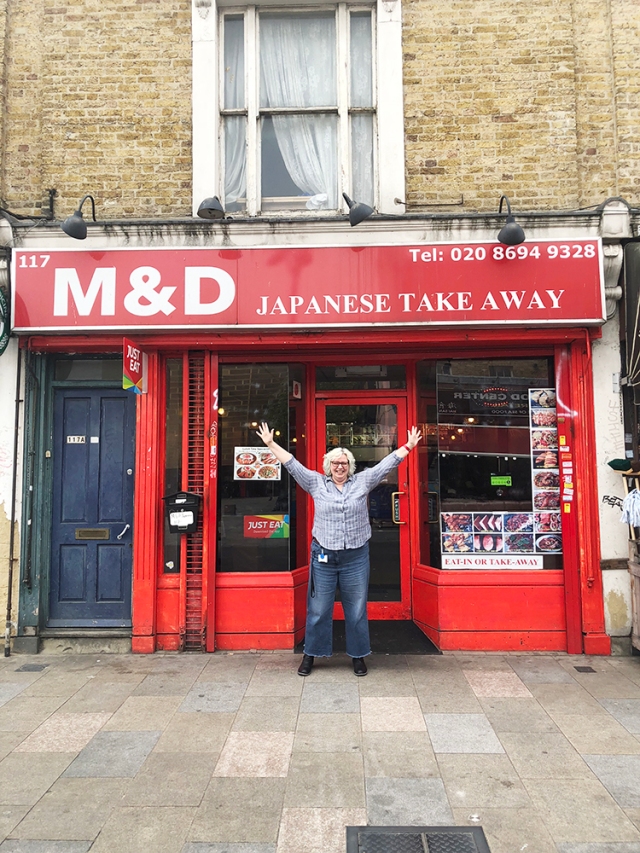