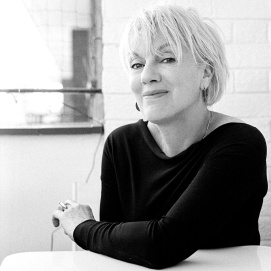 Photo on left: © Alexandra Waespi, with the kind permission to reproduce it here

Rachel Bennett has been running the band Raiemusic for over a decade.[1] The band (which has evolved to some degree) have performed in London venues including: The Forge in Camden, Hammersmith Apollo, The Albany Theatre in Deptford, Ronnie Scotts, Club Floridita in Soho, Cafe Concerto in Leicester Square, Map Cafe in Kentish Town, The Pheasantry in Chelsea, Cottons in Angel and lots of pubs in and around London. They have recently produced an 11 song album with renowned engineer and producer Wes Maebe. The music is Country with a hint of blues/soul and the songs are mostly narrative and protest based.

Rachel has written two songs in response to Deptford’s regeneration. You can listen to them below. Lyrics are at the bottom of the post. She explains their meaning and why she wrote them:

“I wrote this some years ago when it began to be apparent that it was ‘trendy’ to hang out in Deptford so we’d get news articles about how Deptford was this edgy place where you could hear live music in the bars. We got the Greenwich ‘well to do’s’ often appearing at gigs and also in the slightly less rough bars. Of course they were entitled to come but we always felt they didn’t fit in. The Albany was our stomping ground and when some theatre companies came to put on what we felt were ‘not our scene’ projects and workshops, we were a little less than celebratory … new employees coming from across town who had no experience of Deptford and who brought their ‘friends’ to do work there. There is a dark history around the Albany at that time [2] so we were very mistrusting.”

Engineered and Produced by Nixon Rosembert at Studio 101A

“This is a comment on the hype and night-life in Deptford and how the new faces and high-rise buildings don’t fit with the way we live. We feel we are being encroached upon and that our community ideals are put last on the list – when in fact they are the actual triumphs of a working-class area that has strived to do well for its youth. The youth clubs are gone, where those YPs who don’t want to dance or act could go and hang out. The Tidemill Garden saga is a total disgrace and we are all deeply saddened and affected by this. We are also heading for buildings with two entrances – one for the buyers and one for the council tenants … so the line … something don’t feel right … is about the above. The rest of the song describes our street life.”

[1] Rachel also runs the famous Meet Me Choir at the Albany.